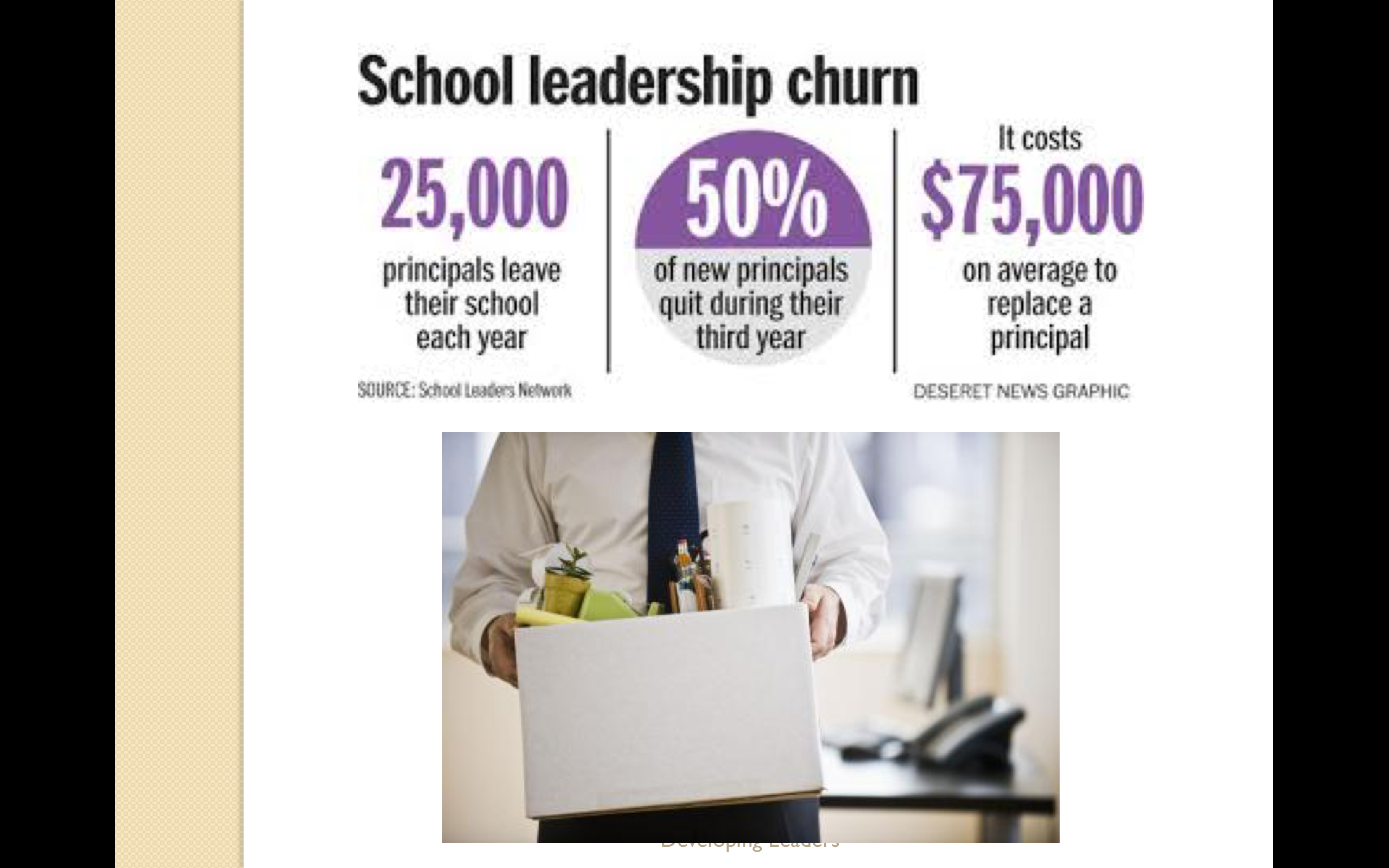 Being a principal is a challenging job requiring deep knowledge in a number of areas, expert skills in everything from communication to talent evaluation, and a never-bending attitude of hope and high expectations to drive it all.  Piece of cake.

The most effective school systems are intentional in their preparation, their pipeline to leadership, and their ongoing support of their principals.  Some systems, however, either aren’t able to provide the resources to do so, or haven’t made it a priority yet.

This afternoon (Monday, January 30, 2017) I’ll be leading a session at the GAEL (Georgia Association of Educational Leaders) Winter Conference on the topic.  What I hope to lend to the conversation and to the thinking of those in attendance (and also share with readers of this column) is a combination of research and practice.  This is my thirtieth year in education, fifteen of which were as a school-level administrator and now in my fifth year in support of school leaders as coach, consultant, speaker and encourager.

Through those experiences, I’ve been able to see what sets up principals for success… and what sets them up for failure.

Let’s start with some numbers.  We all know that nearly half of all teachers leave the profession during their first five years of service.  Clearly that has an adverse effect on what we are able to accomplish in schools.  Consider this though… we lose about the same percentage of principals (~50%) in nearly half the time!  According to the 2014 School Leaders Network on Principal Turnover, only half of principals remain at their school beyond their third year.  The turnover is more frequent at middle school than at elementary school, and even more so in high schools.  As a matter of fact, in Texas, only one out of every four high school principals are expected to be around at graduation to shake hands with their first class of freshmen.

This sort of turnover is in great part why we can’t gain the momentum that we need for schools to be successful in a  sustainable fashion.  It typically takes five years to fully develop an actionable vision at a school, one that can be sustained after the leadership has moved on.  Compare that with the low retention rate (25,000 principals will depart their school at the end of this school year nationally) and it explains much of our dilemma.  In more schools than not, we aren’t seeing principals remain long enough to make it work, and not even close to staying long enough to make it stick.

At Morgan County High School in Madison, GA, we were a nationally-recognized, high-performing school… with only two principals in a generation.  My predecessor, Andy Ainslie, served as the principal for 9 1/2 years; I followed him with 9 years of service as well.  That sort of stability provides the opportunity for real growth.

So, what works to get principals set up for success? In short, it’s this:  recruitment to leadership, a pipeline of preparation, and ongoing support.  More about this the rest of this week right here at Principal Matters!