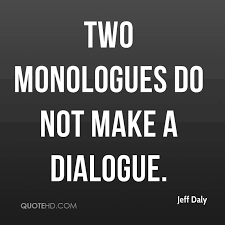 Recently, I was with one of the wonderful principals that I support who had a question.  She had observed a class that had left her… underwhelmed.  The teacher had not really created the engaging classroom of curiosity, innovation, and learning that the principal was seeking.  It was relatively low level… most of the work done by the teacher, peripheral topics, low student engagement.  The sort of thing that once was commonplace but is no longer our standard for excellence anywhere.

The principal’s question was this:  what do you say in conversation with the teacher to  improve instruction?   It’s a fundamental question and one that everyone who observes classes should consider.  Remember, all of our efforts in teacher evaluation should be for the purpose of improving instruction.  That means that completing the observation is only a step in the process.  It’s like putting a coat of primer on a wall.  It’s just not finished!

Observations are important… if they lead to improving instruction.  The road between the two is the conversation between administrator and teacher.  That critical portion of the process requires the proper mindset in order to be successful.

In short it’s this: the most important part of the post-observation conference isn’t what you as the administrator say.  The most important part is the teacher’s understanding of what should be done to improve instruction.    It’s not just semantics; it’s a very real thing.  As an administrator, the critical task of such a conference is to be useful.  Not brilliant, not clever, not annoyingly comprehensive, but… useful.

It’s really about developing a dialogue rather than a download.

A download is when you drop all the knowledge you’ve prepared on the teacher, or if you will permit, the intended target.  We usually do this as administrators in what we believe to be a creative manner.  We’ll begin the meeting by asking our teacher, “so, how do you think it went?”  While questions are the gateway to understanding, that particular one is a relatively meager one to ask.  There are many other questions to ask, but that one is usually followed by… the download.  This happens quite frequently:  the administrator asks, “how do you think it went?”, followed by the teacher sharing her version and then, here it comes!  The administrator “goes over” her observations.  The meeting concludes with a ranking of some sort, which either ends with satisfaction on the part of the teacher, or dissatisfaction which leads to some defensive statements, maybe a few suggestions, but not really what the process was intended to be.

Instead of the download, you need a dialogue, and here’s the main reason why.  The teacher has to process what happened and figure out: 1) there’s a discrepancy between what happened in the classroom and what ought to happen in the classroom; and 2) there are steps she can take to lead a more improved classroom the next time they gather.

This IS the key part, and quite often it’s missed.  Unless the teacher sorts it out in her head and can truly see her classroom for what it is (and what it isn’t) any actions taken will be in the name of compliance.  Her attempt to satisfy the conclusions you’ve reached at the end of your observation download.  That’s not progress; that’s just a game of cat and mouse.

INSTEAD, the most effective administrators are skillful in leading others into a dialogue.  You ask questions; you create scenarios; you ask your teacher to paint a picture of what it ought to look like;  you don’t just download.  You talk. But you do more than that.  You lead your teacher to a deeper understanding of what her classroom ought to be.  You do so in a manner in which she can relate.  There’s not one script for this to follow; instead, it’s a differentiated approach designed to relate to the way the teacher you’re conferencing with processes and understands.

And at the end of such a conference, there’s a different kind of feeling.  A feeling that you are there to be useful in helping your teacher grow.  Not an argument over whether something occurred, whether it usually occurs, or anything like that.  If you invest the time into having quality conferences, you will be on the path to supporting your teachers in their journey to success, and that’s a place you’ll be welcomed.

One thought on “Download is Not Dialogue; The Art of Discussion and the School Leader”