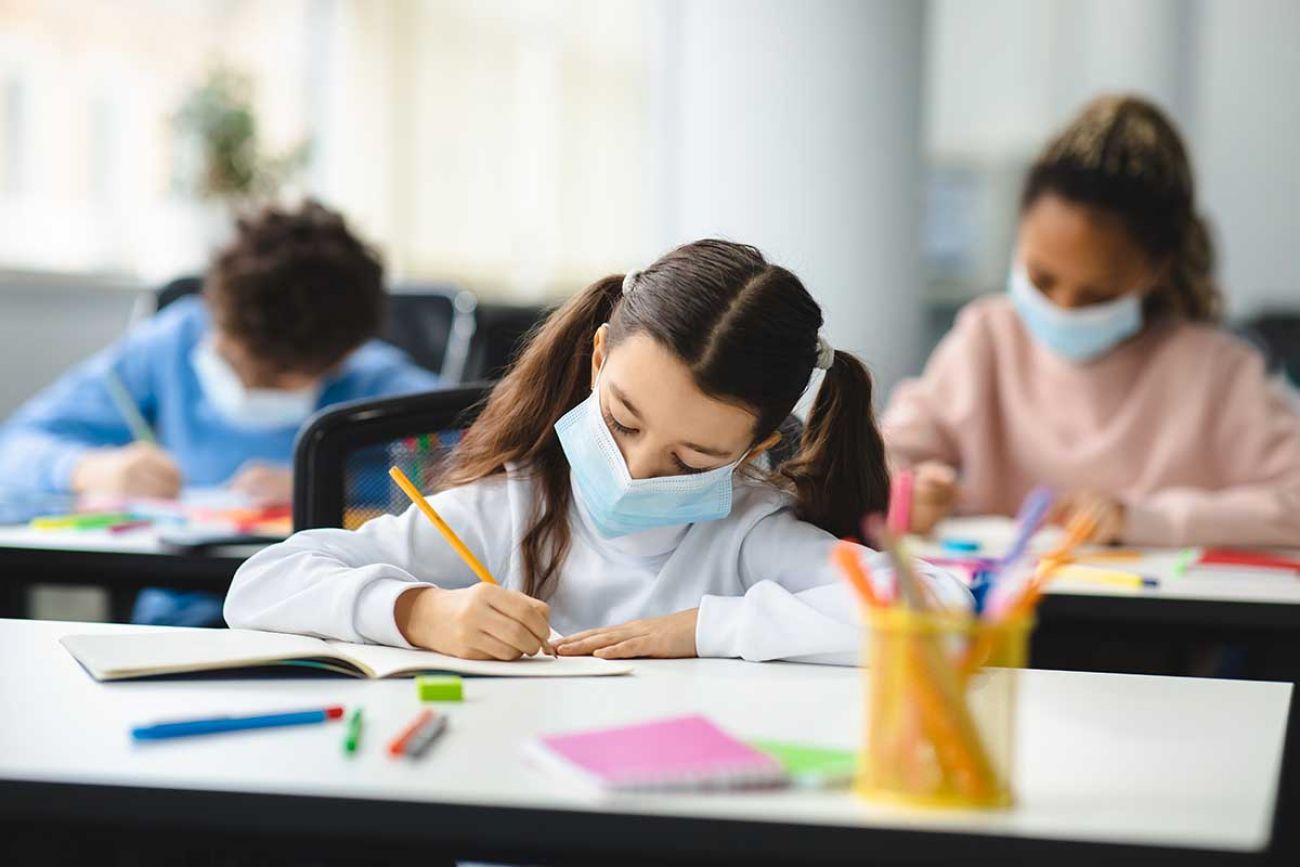 You’ve been working in stress, with people who have been stressed. The bare minimum is that we get kids to school , have an adult there to supervise them, get them fed, and get them home.

We have rightly celebrated the genuine accomplishment of meeting that minimal status. Over these months, we’ve had driver shortages, staff shortages nearly every day for many of you, and supply chain problems for the lunch program.

In talking with many of you, your main focus has been on covering classes. Previously it was that, PLUS contact tracing, as well as sending students and staff home because of close contact. You’ve monitored student progress on virtual platforms, handled logistics like providing hot spots, making packets, and delivering meals.

Over this year, you’ve been hunting for absent students, filling vacancies of staff, and providing comfort in the face of losses of staff, their loved ones, and people in your community.

Some of you have begun your administrative careers during these past two or three years. I promise it hasn’t always been like this!

And, I believe that as we begin 22-23, we are ready to reset school to a better place.

A Reset, in Three Acts

The reset of school, as I see it, is a play in three Acts.

II. Acknowledgement of the Efforts of People, and Their Losses During the Crisis

III. Moving Forward from the Crisis.

I. The Crisis. Really more like the Crises. There’s been more than one scene to this Act… and more than one set of circumstances with which you’ve addressed as the school leader. You know this story, and as much as yours is alike those of your colleagues in other schools and systems, it’s also different. The Crisis has played out differently in different locations, and the story of your school, your teachers, your students and community is different than that of others. But you know your story… you know the First Act. It would be productive to reflect upon it, to ask teachers, students, and parents to reflect upon it as well. Recording your perceptions now will be of value to you at a later time.

II. Acknowledgement of Efforts and Losses. As your school year comes to a close, it would be appropriate for you to plan a carry out a meaningful commemoration of the work that everyone has done to “keep the trains running” over these past three school years. In doing so, you offer an opportunity for closure to Act I, The Crisis. It’s important to be sensitive to the experiences that your people have had during this time, and to respectfully acknowledge the losses that people may have endured.

You may have one commemoration or several. It might be done through reflection and conversation. It could be done, particularly by students, as a writing exercise. You may choose to do it with a formal program or via informal, small-group settings. However you do it is certainly a matter of preference, but PLEASE take time to create space for this before you break for summer. IF YOU DON’T, it will be something you’ll need to do when you reconvene, and at that time, you would be well-served to be completely facing forward with enthusiasm and confidence. NOW (well, between now and the end of your school year) is the time to say thank you… to say you’re sorry for their loss… to say you’re grateful for their efforts. Bring closure to Act I through Act II… the acknowledgement of losses, the appreciation for effort and the enthusiasm for what’s to come.

The Crisis has consumed us at least since March 12, 2020. More than once it seemed that we were about to break through… and then we’d find a breakthrough… variant that is. I’m sure that makes you a little skeptical about declaring an end to the Crisis (Act II… between now and the end of your school year), but it’s SO important that you do.

If there is some additional variant, no one will think it’s your fault for moving forward. If you fail to do so, you’ll lose time that you’ll never get back. Plan for the best… closure in May/June (that’s next month!). Again, your work towards closure needs to recognize those who’ve given much, lost much, and are still enduring the impact of the Crisis. If you handle this well, you can effectively declare the end of that phase of things.

One additional note as you bring closure to the crisis: this is a time for reconciliation and recommitment. Have some students and teachers been more helpful than others during the Crisis? Absolutely. Have some individuals taken advantage of the Crisis to minimize their performance? To miss days? To do less? You know the answer to that. Is this the time to call them out? To only thank those who have consistently earned it?

I don’t think so. You need everyone to take part in the reset, so you might want to include everyone in the closure. Because, everyone was involved in the Crisis. Probably not in an evenly-distributed way, but they all had some sort of experience with The Crisis.

Is COVID-19 and all of its variants over? Maybe. Maybe not, but as far as The Crisis goes, it’s time to give yourself the space to move forward from it through a meaningful attempt at closure over the next month or so.

III. Moving Forward from the Crisis

As mentioned before, the effects of the Crisis have come with much variance between schools and systems, so you might be in better shape than some of your colleagues.

What seems to be typical, observationally, includes the following:

If ANY of those attitudes/behaviors strike a chord with you, it’s important to realize that they aren’t going to reverse without an explicit and ongoing effort on the part of you and the others at the school and system.

As you begin the next school year, it’s critical that you capture the imagination of the faculty, and then the students; establish high expectations of behavior and performance, and detail the path on which you’ll be leading them during the year.

One way to BEGIN that effort is to have an event or a series of events to bring school back into place. How about a family picnic instead of a meet-the-teacher night? Get excitement going, and in everything you do from the first interaction throughout the entire year, establish high expectations and raise morale. Sound difficult? It’s ALWAYS been what we do as school leaders. Raise expectations and morale. Simultaneously.

How do you do that? Easy enough.

You and your team might want to begin with meeting at the conclusion of this year to plan how to share, clearly, what you expect next year.

For you to change the behaviors that are counterproductive to learning and the operation of your school, you’ve got to make them clear. Not in some overly-long handbook style, but in short order. Prioritize. Determine what are the things you want to work on first, and then focus on them. (Attendance? Attitude? Academics?).

For many of you, the perception of what’s okay at your school in the minds of students and their parents is not the same as it was pre-Crisis, and not what you are hoping for. You have to find the way to communicate CLEARLY what those things are, but in a positive manner. If you get preachy, or overly authoritarian, it probably won’t go like you’d like. CONNECT with people. Talk with them. EXPLAIN not just the what, but the why.

This isn’t going to happen in one meeting, but it has to begin that way. To change norms and attitudes will take a long time, but our greatest gift as school leaders is COMING SOON! It’s… a fresh start. A new school year. A new ERA! A reset.

You get there by working with the others at your school to prioritize the expectations and develop your YEARLONG strategies to communicate and clarify what we’re doing.

It takes clarity, and then consistency. Plan now for August, but also plan NOW for October. And December. And March. Plan from now until the other end of the year and you’ll be more likely to keep it going.

Change like this also takes a collaborative effort. If we are going to raise the expectations, it can’t be in one or two places. It needs to be universally spoken and done across your school and system.

You CAN do this. Begin now to reset next year and make it what school ought to be.